“Poltergeist” is a German term for “noisy spirit”…. which is an excellent description for this terrifying phenomenon. This kind of paranormal activity has made many victims literally run for their lives, completely abandoning their homes and possessions.

It is even more alarming that it is commonplace for people to encounter this.  Indeed, many normal people in normal situations have experienced it. Several popular films and books have been produced on this very subject, giving the viewer a first-hand look at what a frightening occurrence it must be for those affected.

This activity has been reported as early as Medieval times, however many of the stories have several versions and/or inconsistencies. Lithobolia, or the Stone-Throwing Devil, is a pamphlet that records poltergeist activity that took place in the tavern of George and Alice Walton in 1682. Two copies of the pamphlet exist in the British Museum. The Waltons’ tavern was located in New Castle, New Hampshire, then known as the Great Island. Lithobolia was written by “R.C.,” one Richard Chamberlain, the secretary of the colony of New Hampshire. In 1682 Chamberlain was boarding at the Walton tavern and witnessed the attack. The pamphlet was later printed in London by Chamberlain in 1698.

William Roll, Hans Bender, and Harry Price are perhaps three of the most famous poltergeist investigators in the annals of parapsychology.  Harry Price investigated Borley Rectory in 1937, and called it “the most haunted house in England”, a phrase which caught the imagination of the press. 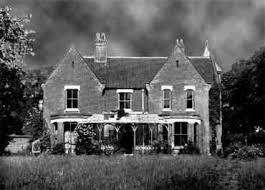 The family would report various phenomenon such as servant bells ringing (on which the lines had been cut), windows shattering, stones vases and other objects being thrown and unexplained footsteps. Family member, Marianne Foyster reported to her husband a whole range of poltergeist phenomena which included her being thrown from her bed. Twice, Reverend Foyster tried to conduct an exorcism, but his efforts were fruitless. In the middle of the first, Foyster was struck in the shoulder by a fist-size stone.

Dr. Friedbert Karger was one of two physicists from the Max Planck Institute who helped to investigate perhaps the most validated poltergeist case in recorded history. Annemarie Schneider, a 19-year-old secretary in a law firm in Rosenheim (a town in southern Germany) was seemingly the unwitting cause of much chaos and controversy in the firm, including disruption of electricity and telephone lines, the rotation of a picture, swinging lamps which were captured on video (which was one of the first times any poltergeist activity has been captured on film), and strange sounds that sounded electrical in origin were recorded. 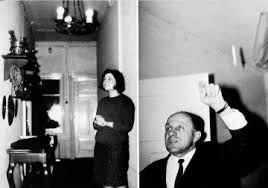 Fraud was not proven despite intensive investigation by the physicists, journalists and the police. The effects moved with the young woman when she changed jobs until they finally faded out, disappeared, and never recurred.

In the Rosenheim case of 1967, The Rosenheim Poltergeist (1967), Friedbert Karger’s whole perspective on physics changed after investigating the events. “These experiments were really a challenge to physics,” Karger says today. “What we saw in the Rosenheim case could be 100 per cent shown not to be explainable by known physics.” The phenomena were witnessed by Hans Bender, the police force, the CID, reporters, and the physicists. The case was made into a documentary by the BBC in 1975 as part of a TV series called “Leap in the Dark.”

Some skeptics propose that poltergeist activity untraceable to fraud might have a physical explanation such as static electricity, electromagnetic fields, ultra-, and infrasound and/or ionized air. In some cases, such as the Rosenheim poltergeist case, proponents claim that no evidence of fraud was ever found, even after an investigation from the police force and CID.

Several claim poltergeist phenomena could be caused by more mundane phenomena, such as unusual air currents, air vibrations such as in acoustic levitation, or tremors caused by underground streams.

In the 1930s, noted psychologist and parapsychologist Nandor Fodor theorized that some poltergeist disturbances were caused not by spirits but by human agents, acting as a poltergeist “focus”.

In the 1960s, William G. Roll, the project director of the Psychical Research Foundation in Durham, North Carolina, expanded this theory and identified it as Recurrent Spontaneous Psychokinesis (RSPK). Roll researched reports of poltergeist occurrences over four centuries, which resulted in his belief that, most often, the “poltergeist” was an angry child or teenager who subconsciously caused the disturbances.

In his paper, “Theories of Haunting”, Peter A. McCue points out various theories on poltergeist activity, held by Roll and other prominent parapsychologists, among them: